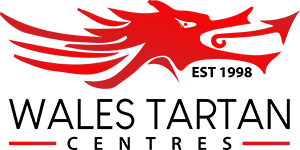 WHY IS MY TARTAN AVAILABLE IN THREE DIFFERENT WEIGHTS?

Some Scottish tartans are available in up to three different weights. Here's a guide:

I SEARCHED MY FAMILY NAME, A TARTAN WITH A DIFFERENT NAME / SPELLING APPEARED?

Not to worry, this is supposed to happen... Let us explain. Whether it be due to migration, illiterate scribes or language barriers, the majority of surnames as we know them today have evolved over thousands of years. In most cases, scribes would struggle to read or write correctly and names were recorded how they sounded which somewhat 'muddied the waters'. In 12th - 15th century Wales, Welsh-speaking was banned by the Anglo-Saxons which meant Welsh patronymic names were anglicized. For example, John Ap/Ab (son of) Richard would become ‘John Pritchard’, Evan Ap/Ab Owen would become ‘Evan Bowen’ etc.

Our clever search feature scans our entire tartan database and finds the correct tartan(s) linked to your family name. If you have any questions, please get in touch!

THERE'S NO TARTAN FOR MY FAMILY NAME, WHAT CAN I WEAR?

The world of tartan is very flexible, not all designs are specific to a family name. There are various universal (or generic) tartans which can be worn by anyone! Popular examples of these include the St Davids Welsh National, Pride of Wales and Spirit of Glyndwr tartans. There are hundreds of universal Scottish & Irish tartans too which can be found within our tartan finder. If you can't find a universal tartan you like, many of our customers wear tartans linked to a name they've traced back through their family tree (this is much more common than you might think)! If you're getting married, you could wear your partners family tartan.

If all else fails... Don't worry! You can wear any tartan you see on our website, whether you have any links to it or not. The myths you may have heard about the 'tartan police' simply aren't true. There is guidance which can be followed as above, but no strict rules on what you can and cannot wear. It's your choice!

WHY ARE TARTANS PRICED DIFFERENTLY?

For Welsh tartans that do not sell quite as fast as others, these must be woven in smaller quantities for various reasons, which means they are more expensive for us to weave. For any other fabrics (Scottish tartans for example), we order tartan fabric from all of the major mills in Scotland, each with their own cloth prices depending on the weight and various other factors.

There may be multiple tartans for a single Scottish clan, eg, Campbell tartan is available in Campbell Ancient, Muted, Dress, Modern & Weathered. These all have the same tartan design (or thread count, which makes a tartan) but the descriptions refer to the various colour palettes available. Here's a quick explanation:

Ancient - Ancient tartans tend to use lighter / more natural yarn shades. Greens and blues are more subdued, red appears more orange etc.
Modern - Modern tartans are darker than ancient tartans. Reds are more of a bold red, blues are more navy, and greens more bottle green. These colours became available in the 19th century when chemical dyes were introduced.
Hunting - As simple as it sounds, hunting tartans were traditionally worn when hunting. These tend to use natural yarn shades and are mostly green in colour. Some tartans do not have a hunting variation, as the tartan already has a green prominence.
Muted - Usually an option between ancient and modern colour palettes.
Weathered - Weathered tartans use a colour palette which imitates exposure to harsh weather conditions. Back in the days of the 'great kilt', men would wear their kilts day and night, to travel and to sleep, so this palette reflects what the tartan would look like in those conditions.
Dress - Dress tartans tend to have a prominent white stripe and are usually associated with Highland dance. 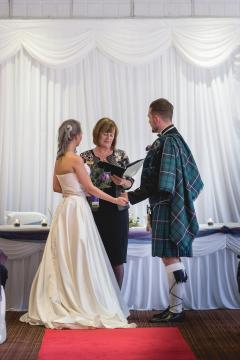 Could not rate them high enough, if your in any part of the U.K they can get to you. They treat me as if I lived next door....

Note: You can unsubscribe at any time.

50% Deposit
- Pay half of your order now, we'll begin making your garments and call you to arrange the final payment prior to despatch.

£75 Deposit
- Reserve your cloth and secure todays price with a small deposit.
- Further instalments to be made when YOU choose, we’ll begin making your garment(s) once you’ve paid at least 50%.
- Remaining balance is due prior to despatch, your order must be fully paid within 18 months.

Due to the natural weaving process, not every roll of cloth will look exactly the same for years to come.
Ordering for the first time? - Please keep this in mind if, for example, you're ordering a kilt now and considering a fly plaid for later.
Adding to an existing outfit? - We strongly advise you to order a sample from the current roll of cloth prior to ordering.